健康與系統思維特別融合小組: 中醫辯證論治之系統思維與跨學科應用工作坊 Health and System thinking SIG – a systemic way of maintaining ourselves, each other, and the nature 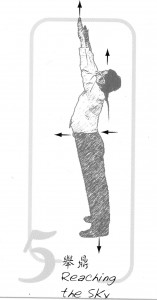 Systemic thinking is to consider both the system and the environment when analyzing or maintaining a system, or its environment. When analyzing a particular component within a system, all other components should be considered as well but different importance ratio is allowed.

Traditional medicine has been analyzed with the incomplete scientific theory for logical explanations of its medical theory and practice, resulting in confusion and misunderstanding. This workshop will demonstrate the application of system theory to investigate the holistic nature of a particular traditional medicine namely Traditional Chinese Medicine. It is believed that all other traditional and alternative medicine could be better understood in this holistic scientific view of system theory.

According to the Taichi Yin-Yang system theory, the Taichi(Yin, Yang) structure should be used in all analysis. The possible analysis of health system are:

Healthcare is our first system employed to maintain human. This workshop will introduce a systemic maintenance program called Traditional Chinese Medicine Healthcare Protection Program which is simple and effective for promotion in the community. Helping the poor with money will never be enough, but helping the poor to make money themselves is a more permanent solution and may even have a positive feedback to the helper. A internal healthcare program should teach the community how to take up the responsibility of their own health in a simple and effective manner. The Traditional Chinese Medicine Healthcare Protection Program composed of three components: