Cynefin Framework is very intelligent methodology to handle things, problems, situations, and crisis. Traditional Chinese Medicine has been using this for thousands of years, but SNOWDEN has it all analyzed and written down. Thank you Mr SNOWDEN! Let’s start doing more Systems Thinking rather than just Critical Thinking and Reductionistic Thinking. 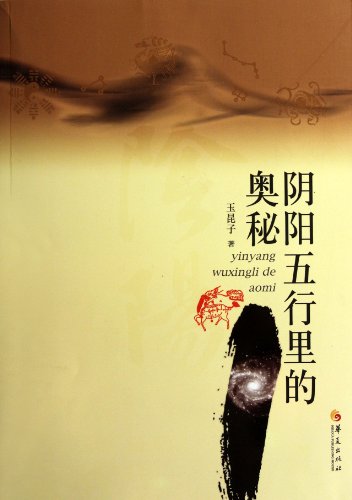 "... a mind needs books as a sword needs a whetstone, if it is to keep its edge." - George R.R. Martin, A Game of Thrones

Secrets in the Yin, the Yang and Five Elements (Chinese Edition) 阴阳五行里的奥秘

This book is an introduction to Chinese traditional culture classics. Around the theme of the Yin, the Yang and Five Elements, the book discusses the origin, development of the Yin, the Yang and Five Elements, and the relationship between them and human, and their association with Chinese culture and history, and focuses on the concept of "" harmony in human and nature"". He advocats that people should follow the nature laws, and keep health in accordance with scientific ways.The book talks about health care from the perspective of culture ;meanwhile, it is also one of the best books for people to understand Chinese traditional culture.

Insomnia has become a modern city sickness. Research has been carried out to evaluate different Traditional Chinese Medicine treatments using evidence-based medicine methodologies. The cause of insomnia may come from one or more of the five elements systems, including the Wood mental system, the Fire emotional system, the Metal behavioural system, the Water spiritual system, and the Earth physical system (with one or more of its five sub-systems).

Taichi yin-yang system theory describes the relationship between any two entities (element/process) at any level of interest. It concerns the quantitative and qualitative changes between the entities. This is related to causal loop diagram (CLD) in system dynamics which uses reinforcing loop and balancing loop. The observer is not specified in the theories, but the perspectives of the observer actually determine the entities, the unit of quantitative changes, and the ratio of qualitative changes. The Five systems theory of the human mind is one of the important concepts developed in the teaching of Buddha. The Five systems are: awareness, perspective, sensation, action and physical object. These five systems can be used to describe the properties of the observer and the decision maker.